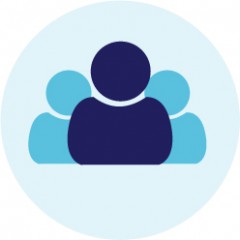 Tim has been NRI’s Chairman since 2015 and in December 2018 he became the Chairman of the UK’s Nuclear Industry Association. A senior corporate advisor across the energy and infrastructure sectors, when he stepped down from the European Investment Bank in 2018 he was the longest-serving board member, having been appointed by the British Government in 2003. He is a Non-executive Board Member of the Arup Group and a Non-executive Director of the Horizon Nuclear Power Board.

Tim is a prominent expert on energy and civil nuclear, previously holding the role of Expert Chair of the Office for Nuclear Development in the former UK Department of Energy and Climate Change. He has also served as Senior Advisor to successive UK secretaries of state responsible for energy, counselling five in two different governments over seven years. Before becoming an adviser to the UK Government, Tim was Chairman and founder of KPMG’s Global Infrastructure and Projects Group, having spent a number of years as Managing Director of S.G. Warburg in New York and London and Managing Director of Chase Manhattan Bank in New York.

Tim was appointed a Commander of the British Empire for services to the energy industry. Holding an undergraduate degree and a doctorate from St. Catherine’s College, Oxford, he is a Fellow of the Institution of Civil Engineers, a Member of the British Computer Society and a Chartered Engineer. He was awarded the Hinton Prize by the Nuclear Institute in 2018 for outstanding contributions to the nuclear industry.